In February 2022, twelve student teams across nine countries took part in ‘Melbourne Meets’, a virtual international case competition focused on solving a Melbourne-inspired case. Hosted by the University of Melbourne, Bachelor of Commerce student Chelsea Gardner was involved in the organisation of this year’s competition.

Over the three months prior to the competition, I worked with Associate Professor Jennifer Grafton (Associate Dean, International) to organise everything from the teams participating in Melbourne Meets to the competition schedule.

As we met over countless Zoom meetings to organise the competition, the University of Melbourne’s International Case Competition (ICC) cohort was working even harder in their preparations. They trained tirelessly over the summer with practice cases and learnt how to analyse a case, propose tailored strategies, execute implementation plans and model financial impacts. The teams eagerly awaited Melbourne Meets, which was the first opportunity for many to complete a case from a real organisation as well as to compete on a global scale.

The competition took place across three divisions - North America, Europe, and Asia Pacific – with each division comprising three teams from that region who got to ‘meet’ and compete against a University of Melbourne team. ICC alumni Samuel Roussos, Connie Zhang and Diya John were ambassadors for the competition, - mentoring and supporting the international visiting teams.

“Whilst online, Melbourne Meets still afforded me the amazing opportunity to mingle with students from various international universities and develop meaningful connections that have lasted far beyond the competition”. - Samuel Roussos 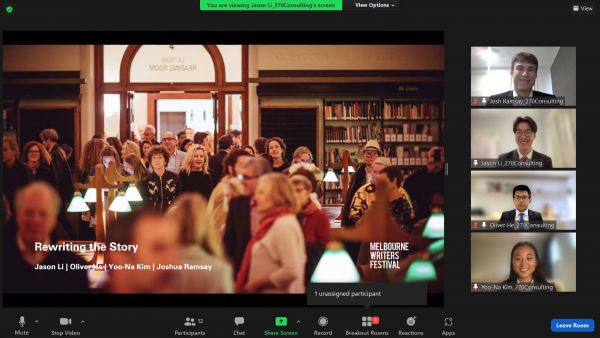 The case was well received by teams, with one noting it offered “a refreshing change looking specifically at a case set in Melbourne. The competition allowed teams to continue engaging in case competitions, while learning more about the cultural offerings of our city.”

Teams had a 72-hour window to complete 24 hours of case-solving. In this time, teams from across the world – fuelled by Australian snacks such as Tim Tams, Vegemite, and Shapes - were challenged to develop a solution that was innovative, yet feasible enough to take out first place.

As the clock struck 12 on February 11th, the solutions came flooding in, and teams began their preparation for presentations the following day. With only 15 minutes to present and 10 minutes of Q&A, all the teams impressed the judges with the quality of their presentations and solutions and the level of professionalism demonstrated. The proposed solutions included scavenger hunts around the Melbourne CBD, a festival precinct outside the State Library of Victoria, and even the launch of Melbourne Writers Festival Non-Fungible Tokens. 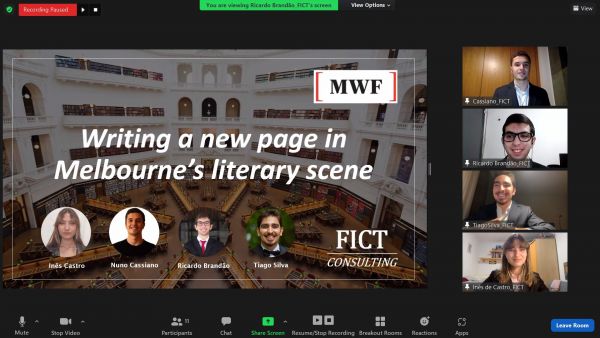 With only one team per division able to proceed to the Final Round, the judges faced a difficult decision but progressed the University of Porto, the University of Melbourne (APAC team), and McGill University. I would like to congratulate all teams who presented in the Preliminary Round - it takes an incredible amount of work to produce the solutions that were presented, and this was evident in the quality of presentations.

Reflecting on their experience in the competition, the University of Melbourne (APAC team) said that they were “blessed with not only the chance to compete against some of the top universities around the globe, but also to discover how students from different cultures grapple with driving positive impact for communities.”

After all presentations were completed there could only be one winner, and this was *drumroll please*… the University of Porto! They were followed by the University of Melbourne (APAC team) in second place, and McGill University in third place.

And with that, the competition came to an end. As an event organiser, it was surreal that it had all ended so quickly - the Zoom meeting switching off and sitting in my bedroom, knowing that I had just been watching universities from countries all over the world connect through a Melbourne-inspired case. I am extremely grateful that I was given the opportunity to take part in making this competition a success but could not have done this without the continuous support and leadership of Jennifer Grafton and Erin Willis (Global Engagement Coordinator), and the generosity of our ambassadors and judges in taking the time to make the competition possible.