Industrial relations in universities in Australia bear the trappings, rhetoric and regulation of collective arrangements between any group of workers and their managers. And yet, universities carry forward institutional cultures in which academics are not like any other worker and indeed not like many of the other workers in their universities. They are analogous to professionals exercising considerable autonomy and decision-making power within their employment. Unlike most of the non-academic professionals with whom they work in the university, they have greater involvement in the governance and direction of the universities that employ them. 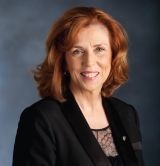 Professor Margaret Gardner AO is the Vice-Chancellor and President of RMIT. Professor Gardner has had a prominent career as an academic in a number of Australian institutions including Griffith University, the University of Queensland, Queensland University of Technology, and Deakin University.

In recent years, Professor Gardner has provided strategic advice on educational pathways, human resource management, equity and employment and industrial relations to governments, industry and a broad range of institutions. She has also served on the boards of a number of bodies, including in the arts and education sectors. In 2007, Professor Gardner was made an Officer of the Order of Australia in recognition of service to tertiary education, particularly in the areas of university governance and gender equity, and to industrial relations in Queensland.