RESET:  RESTORING AUSTRALIA AFTER THE GREAT CRASH OF 2020

The RESET Webinar Series was presented in six parts.

Overview
The coronavirus pandemic has caused the world to enter its deepest recession since the Great Depression of the 1930s. Despite good management of the spread of the virus internally, Australia is affected more than other developed countries, because of the structure of its economy and its location in a region of vulnerable developing countries. Shocks of this magnitude throw history from its established course. As we struggle to overcome the coronavirus challenge, we can plan for an Australia that has strengths beyond those with which we entered the current trials.

Ross Garnaut’s ‘RESET’ lectures described the pandemic and its economic impact; the challenges that Australia, developed democracies and the international community carried into the pandemic; and laid out alternative paths forward for Australia in the challenging post-pandemic world. The lectures explored the economic policy choices that can allow us to manage down extraordinarily high deficits and debt; and restore productivity growth, full employment and broadly based increases in living standards. Garnaut discussed how commitment to accelerated transition to a zero emissions economy can support the restoration of Australian prosperity. He considered weaknesses in international cooperation that were apparent before the pandemic, have deepened through the health and economic crises and which need to be corrected in restoration of global prosperity. 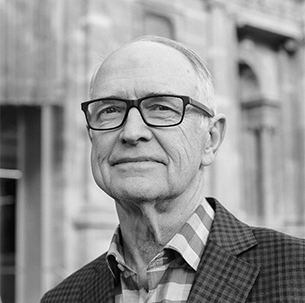 Professor Garnaut is a Professorial Research Fellow in Economics at The University of Melbourne. He is the author of numerous publications in scholarly journals on international economics, public finance and economic development, particularly in relation to East Asia and the Southwest Pacific. Recent books include The Great Crash of 2008 (with David Llewellyn-Smith, 2009); Dog Days: Australia After the Boom (2013); Forty Years of Reform and Development in China (2018) and Superpower: Australia’s low carbon opportunity, Black Inc., 2019.

Professor Garnaut has had longstanding senior roles as policy advisor, diplomat and businessman. He was the senior economic policy official in Papua New Guinea’s Department of Finance in the years straddling Independence in 1975, principal economic adviser to Australian Prime Minister Bob Hawke 1983-1985, and Australian Ambassador to China 1985-1988.