Celebrated academic and public servant emeritus professor Joseph Isaac died on 17 September 2019 at the age of 97. He was one of the most influential contributors to both academic scholarship and public policy in Australian industrial relations for more than 60 years. 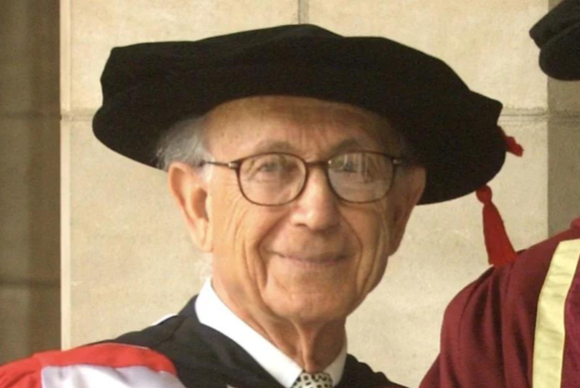 Joe was born on March 11, 1922, in Penang, in British Malaya. His father was a merchant, trading mostly with British India and the Dutch East Indies. Joe spent his early years in Java where he experienced a multilingual environment, including English at home, Dutch at school and Bahasa Indonesia in between. Returning to Penang after primary school, Joe showed his outstanding intellectual abilities by topping the Cambridge School Certificate for Penang, Malaya and Singapore and the London Matriculation Certificate in the following year.

In March 1941, Joe began studying for a bachelor of commerce at the University of Melbourne. At his father’s direction, he studied accountancy instead of medicine, his own wish. Melbourne’s strength in accountancy, a feature of the BCom as designed by Douglas Copland, was its attraction.

At the end of his first academic year in late 1941, Joe returned to Penang for the summer vacation. However, events overtook him. Japan entered the war against the British empire, with amphibious assaults on southern Thailand and British Malaya on December 8, co-ordinated with the attack on the US navy fleet at Pearl Harbour. The Japanese forces advanced rapidly, capturing Penang on December 19. Before that, Joe and his family left Penang. Joe returned to his Melbourne residency at Queen’s College. His family went separately, their progress unknown to Joe until they arrived safely in Perth, Australia.

Joe found accountancy boring and, after two years of working in an accountancy firm, he accepted a tutorship at Melbourne in economics. And, economics became his life-long absorbing interest.

This is an excerpt from the Sydney Morning Herald obituary, published 23 October 2019. Read in full here.