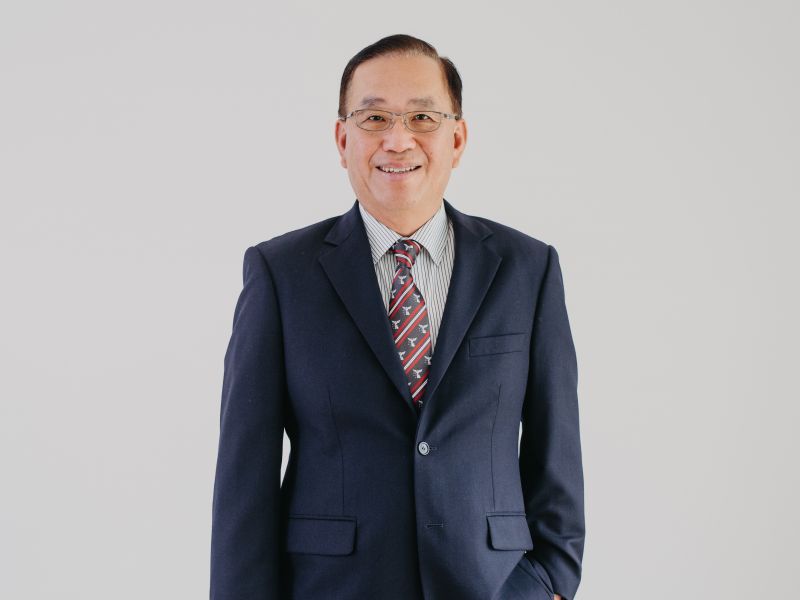 Muan Lim graduated with a Bachelor of Commerce with Honours  (1st Class) from The University of Melbourne in 1977 and a Graduate Diploma in Arts in 2020. Working with KPMG and PWC in audit, Muan was accepted as an Associate of the Australian Institute of Chartered Accountants.

Currently Muan is an Advisory Board member of the Department of Management & Marketing, Faculty of Business and Economics (FBE), and a lifetime member of the Chancellor’s Circle. Both of Muan's children are graduates from FBE and the Arts Faculty.

Ross Garnaut is an economist whose career has been built around the analysis of and practice of policy connected to development, economic policy and international relations in Australia, Asia and the Pacific. He has held senior roles in universities, business, government and other Australian and international institutions.

He is Professorial Research Fellow in Economics at the University of Melbourne. In 2009 Ross was awarded the degree of Doctor of Letters, honoris causa, from the Australian National University and in 2013 he received a Doctor of Science in Economics, honoris causa, from the University of Sydney. He is a Fellow of the Australian Academy of Sciences and a Distinguished Fellow of the Economic Society of Australia. In addition, Ross is a Distinguished Life Member of the Australian Agricultural and Resource Economics Society and also an Honorary Professor of the Chinese Academy of Social Sciences.

Jennifer Grafton is a Professor in the Department of Accounting in the Faculty of Business and Economics at the University of Melbourne. Prior to completing her Ph.D at the University of Melbourne and joining the Faculty she worked as a business consultant at Arthur Andersen. Jennifer’s current research focuses on issues of organisational performance management and control.  She has a particular interest in these issues in not-for-profit contexts. Jennifer’s teaching experience spans a range of subjects in management accounting and control and business forensics across undergraduate, postgraduate and executive education programs. Jennifer is a member of the Institute of Chartered Accountants in Australia, sits on the editorial board of the Journal of Applied Accounting Research, and is a director on the Children’s Protection Society Board of Management.

Helen Hu is a Professor in Strategy and International Business in the Department of Management and Marketing, the University of Melbourne. She is the Director of the Centre for Asian Business and Economics (CABE) in the University of Melbourne. Her research interests are corporate governance with focuses on boards of directors, ownership structure, IPO, and internationalization of Asian firms. Helen’s work has been nominated and awarded at leading international conferences and published in Academy of Management Journal, Strategic Management Journal, among others. She has also been awarded Deans' Prize for Exceptional Distinction in Research and several Deans’ Certificates for Research Excellence and for Teaching Excellence at the University of Melbourne. In addition, Helen was appointed as an Honorary Research Fellow at Monash University, where she obtained her PhD in international business. She is also a member of Australian Institute of Company Directors (AICD) and a regular commentator on Sky News, SBS and China Radio International on issues relating to business in China and Asia.

Craig Jeffrey is Director of the Australia India Institute and former Professor of Development Geography at the University of Oxford and Official Fellow of St. John's College. He is a leading authority on South Asian youth and writes on Indian democracy, educational transformation, globalisation, and the 'social revolution' that he sees occurring across India in the Twenty-First Century.

Professor Jeffrey is currently working with Dr. Jane Dyson on a Australian Research Council funded project on youth and prefigurative politics in north India. Professor Jeffrey was recently elected a Fellow of the Academy of Social Sciences and, in addition to his academic work, is a regular contributor to BBC Radio 4, Times Literary Supplement, The Guardian, Sydney Morning Herald, Australian Financial Review and The Conversation.

Dean, Faculty of Business and Economics

Professor Paul Kofman holds a PhD in Economics (1991) from Erasmus University Rotterdam, the Netherlands. He came to Australia in 1994 as a Lecturer in Econometrics at Monash University. After subsequent positions at UNSW and UTS, he was appointed as Professor of Finance at The University of Melbourne in 2001 and was Head of Department from 2006 until 2010. Following two years as Deputy Dean (Faculty), he became Dean of the Faculty of Business and Economics in May 2012. Professor Kofman currently holds the Sidney Myer Chair of Commerce.

With over 20 years’ experience in the financial service industry; Grace has served in many roles in Financial Advisory, Wealth Management and Private Banking.  She was also one of the pioneer financial advisers servicing Asian migrant clients, Medical Professionals and Professional Women.

In her current role as Head of International Segment, ANZ Private, Grace is responsible in driving the business strategy to assist high net worth Migrants coming to Australia.  Her team of multi-lingual private bankers and financial advisers help clients with lifestyle settlement decisions, banking and investment services.  In addition, the team also acts as concierge to help these new migrants connect with the local community to do business or to establish a social network.

Grace is also a passionate advocate for Cultural Diversity and Inclusion in leadership.  She truly believes diversity in teams and organisations encourages new ideas to be formed for better decision making.

Grace is originally from Zhongshan in Guangzhou province, China and spent her childhood in the Fiji Islands.  She is happily married with a son who is currently in primary school. She also speaks Cantonese and Mandarin.

Konfir Kabo is the founding partner of Kabo Lawyers, a law firm based in Melbourne, Australia. He is also the CEO of Aksara Group, a service station investment trust.

Konfir has been an avid art collector for the past decade and is a passionate patron of the arts through Project 11, a philanthropic initiative he established with his wife. Project 11 works with key institutions such as the University of Melbourne, Monash University and RMIT University as well as arts organisations such as the National Gallery of Australia, Arts Centre Melbourne, Multicultural Arts Victoria and Musica Viva. Aside from the arts, Konfir also supports health initiatives such as autism research with OTARC, Australian Prostate Cancer Research and the Skin Cancer Foundation.

Konfir has recently launched a few projects in Indonesia, including the establishment of an education centre in Bandung with Melbourne Polytechnic to deliver audio engineering courses as well as movie production.

Konfir was born in Makassar, Indonesia in 1973. He studied Law and Commerce at Monash University. He was admitted as a solicitor and barrister of the Supreme Court of Victoria and the High Court of Australia in 1998. He is also a Fellow of the Australia and New Zealand College of Notaries. He currently resides in Melbourne with his wife and two children.

Member of the Board, Alinta Energy 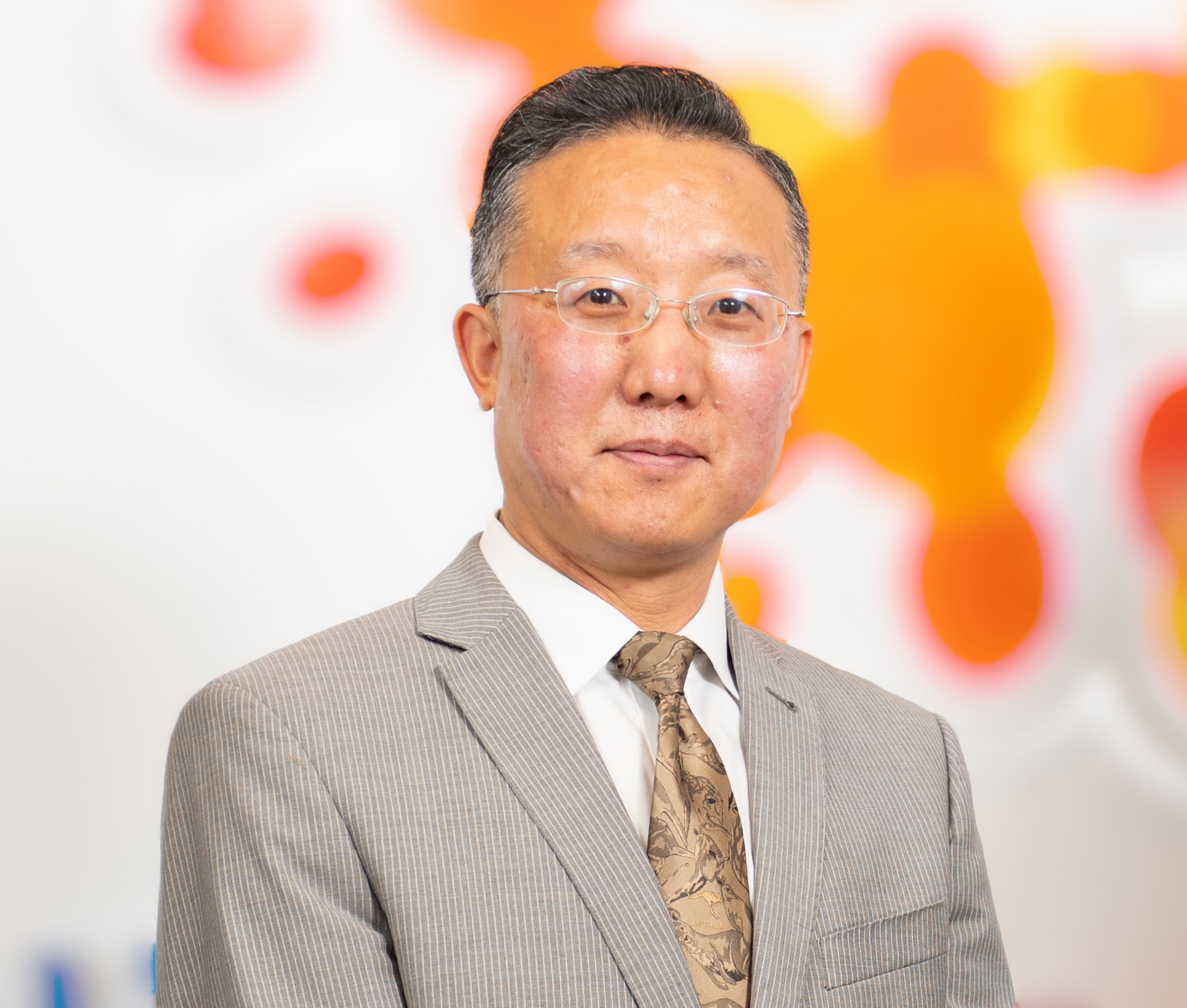 Jason Dong is from Alinta Energy; he fulfills his responsibilities in developing and maintaining relationship with key industry stakeholders. Prior to joining Alinta, Jason had executive roles in Australian corporations and organizations. Jason holds a master’s degree in finance from the University of Melbourne, with primary personal interests of reading, travelling and gardening. 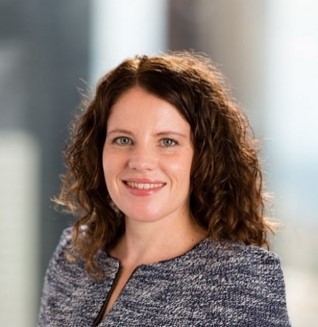 Prior to her current role, Sara was the Head of Private Bank, South – (covering Victoria, Tasmania, South Australian and Western Australia), where she was responsible for the client experience for more than 3000 high net worth clients.

Sara joined ANZ in 2006 and has held front line leadership roles in Corporate Finance and Transaction Banking within the Institutional business. Sara commenced her career in finance as a Solicitor in the Banking & Finance practice at Clayton Utz, including time acting as in-house counsel for Mayne Group Limited.

In 2019, Sara was a participant in the Melbourne chapter of the Observership Program, working with the board of not-for-profit organization, FareShare. In recognition of her corporate governance expertise, in 2019, Sara was also appointed to the board of ANZ subsidiary, ANZ ILP Pty Ltd, which runs ANZ’s Estate Planning business.

Sara holds a Bachelor of Arts and a Bachelor of Laws from Monash University. In 2015 she successfully completed the challenging “Certificate in International Cash Management” (CertICM) via the Association of Corporate Treasurers, Uniting Kingdom. Sara is married with two young children and resides in Melbourne.