Australia’s national minimum wage should become a “living wage”, according to a new campaign from the Australian Council of Trade Unions (ACTU). But what exactly is a living wage?

In theory, a living wage is no different to a minimum wage. Both set a binding “floor” on wages, below which no employee can (legally) be paid. But in practice there are several differences between minimum and living wages, in their value, purpose, and adjustment.

A living wage is set higher than a minimum wage and may be “pegged” to (fixed as a percentage of) some other measure of living standards, such as average weekly earnings. This ensures that the living wage holds its relative value over time.

Essentially, while the minimum wage sets a bare minimum, the living wage aspires to be a socially acceptable minimum. Typically, this is seen as a level that keeps workers out of poverty.

But the point at which workers fall into poverty varies widely, due to differences in family responsibilities, and complex interactions between low wages and welfare payments. These factors necessarily affect how the level of the living wage would be set and adjusted.

The idea to shift to a living wage follows a string of bad news about pay. Many vulnerable workers have been denied their minimum entitlements by employers. Wage growth is so slow that even the Reserve Bank Governor has encouraged workers to demand pay increases. And workers are getting less of the national income, as capital owners increase their share. 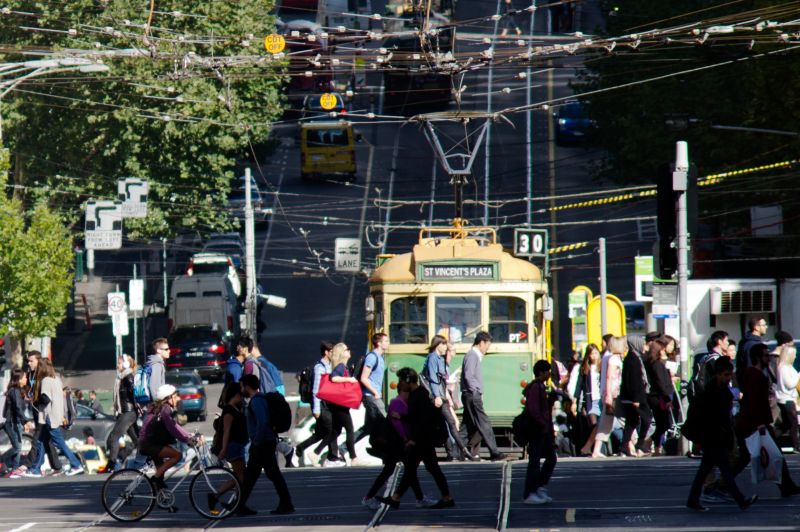 Australia’s national minimum wage is set each year by an expert panel of the Fair Work Commission (FWC). The panel receives submissions from a wide range of organisations and conducts research to inform its decisions.

Increases to the minimum wage are based on objectives enshrined in law. These refer to different factors, including business competitiveness, employment growth, and the needs of the low paid. There is no specific mention of poverty in the current objectives. Nor is there a fixed relationship with any other measure of living standards.

In other countries, minimum wages and living wages co-exist. In the United States, long periods can pass without increases in the federal minimum wage, as there is no mechanism for its regular adjustment. This has led many local governments to set their own mandatory living wage ordinances, above the federal (and state-level) minimum wages.

The situation is different in the United Kingdom, where the Low Pay Commission recommends a national minimum wage increase each year. Even there, the movement for a voluntary “real living wage” has strong support from employers.

If the ACTU plan became law, Australia’s living wage would differ from the US and UK models. It would replace, rather than complement, our national minimum wage, substantially raising the wage floor. This would require the FWC’s expert panel to have different wage-setting objectives, with its primary goal being to eliminate working poverty.

Would a living wage help the poor?

Regrettably, poverty is the reality for many of Australia’s lowest-paid workers. Some struggle to make ends meet and go without basic necessities, such as meals and heating - particularly those in single-income families.

Neither our current minimum wage, nor the proposed living wage, is a pure “anti-poverty” tool. This is because the poorest people do not have paid jobs - often due to serious socioeconomic disadvantage. A living wage only helps those who rely on paid work (their own or someone else’s) for an income.

The intention of a living wage is therefore not to eradicate all poverty, but to end poverty among those who work - “the working poor”.

This laudable ambition is complicated by differences in personal and family circumstances. A living wage cannot vary from person to person, yet low-paid workers are not all alike: some live alone, some have children, and many are in dual-income families.

Who should a living wage be set for? The income needed to prevent poverty is inevitably much higher for workers with families than for those who live alone.

The Social Policy Research Centre (SPRC) produces “budget standards” that show the minimum income required by different types of families to reach a healthy living standard. Their evidence has been widely used by the ACTU and other advocacy groups in submissions to the Fair Work Commission.

According to their analysis, an employed single adult currently needs A$597 per week (before tax, and including housing costs) to live healthily. A couple with two young children needs almost twice as much: A$1,173.

The national minimum wage is currently A$695 for a full-time worker. So, according to the SPRC’s research, that worker already earns enough for a healthy life if they live alone, but not nearly enough if they have a family. This highlights the difficulty of setting a single living wage that would universally prevent working poverty.

Families with children also receive other government assistance through targeted welfare payments. This further complicates the task of setting a living wage.

What are the alternatives?

There are other ways to tackle working poverty. In the US, an “earned income tax credit” reduces the taxes of low-paid workers, so their wages stretch further. Such a scheme has been recommended for Australia.

Another very different approach to welfare is a universal basic income (UBI). This would provide a guaranteed minimum income, regardless of whether someone works, and without eligibility tests like those behind Centrelink’s recent “robo-debt” debacle.

Supporters of UBI also see it as a solution to job losses caused by rapid automation.

Living wages and UBI are radically different ways of tackling poverty. Work remains vital for a living wage, but is optional for a UBI. A living wage would raise the value of paid work, but might make life harder for some jobseekers whose labour becomes more expensive. A UBI would provide income without work, which might encourage more people to drop out of the labour force altogether.

In pushing to “make work pay”, the ACTU is hoping to capture both the public imagination and, for workers, a larger slice of the economic pie.

This article was originally published on The Conversation. Read the original article.