Social media has blurred the already fine line between work and personal lives. In an ‘always on’ world is privacy a thing of the past?

Major advances in technology are always accompanied by claims that they herald fundamental social and economic change, either positive or negative. We are constantly confronted by headlines claiming social media is revolutionising society, from the way we shop to the way we work; that it is ushering in a ‘brave new world’.

Many argue that social media has the potential to entirely change our relationship to work and employment. However, many of the issues concerning social media use in organisations are not new. They are based on the much older common law duty all employees have to act in good faith towards their employer. Legal issues concerning employee behaviour on social media, such as comments posted on personal accounts that damage an employer’s reputation, are becoming more common.  So, while the issues have not changed, the media employees are using has far greater reach and potential impact. This raises important questions about the shifting boundaries of ‘work’ and ‘private’ lives, and what parts of our lives are ‘off-limits’ to employers.

When an employee uses social media outside working hours, should that be considered part of their private life, or is privacy a thing of the past?

We might expect that of all of us, young graduates would be comfortable with social media. These digital natives are used to being constantly online and in contact, checking their phones and posting photos and comments as soon as they wake up. We commonly assume they don’t care about privacy and accept that the lines between work and non-work will be blurred as part of being ‘always on’. The findings of our recent qualitative research on the use of social media during graduate recruitment challenge these common assumptions.

We conducted interviews with young graduate jobseekers in Victoria to understand how they perceive the ways in which their online activity might affect their recruitment into graduate positions. Our concern was not with employers using social media to screen job applicants, but whether, and how, the possibility of such employer activity influenced graduates.

Our respondents overwhelmingly perceived a high likelihood that employers would view their social media activity and that this would influence their chances of getting the job they wanted. 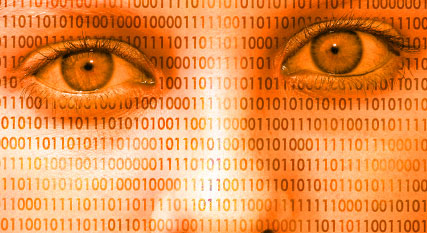 Far from being unconcerned about privacy, it was of primary importance. One student said: “If they could bypass the Facebook restrictions to see everything on my wall, I’d be pretty annoyed because I want to have control over my Facebook and limit what employers see. I don’t want them to see anything too personal.” Accessing candidates’ personal information via Facebook pages was likened by another to someone breaking into her house, not stealing anything, but looking around. Respondents were particularly worried that photos and comments they posted would be taken out of context. They argued, for example, that a photo that showed them drunk should not be taken as a reflection on their work ethic or ability.

Those we interviewed wanted to draw and maintain a clear boundary between their personal and work lives. In social media this meant keeping personal and professional networks separate. They also acknowledged that the internet is a public domain and that they need to take responsibility for their digital footprint. But they agreed that is much harder to do in practice. For example, what would they do if someone more senior from work sent them a ‘friend’ request on Facebook? While they did not want to mix work and personal networks, it seemed unlikely they would be able to say no given they were graduates at the beginning of their careers. Maintaining two Facebook pages – a work page and a personal page – was one option, but considered hard to maintain.

Respondents were conscious that they could not always control everything that was posted about them online. Many expressed concern that posts or photo tags made by their Facebook friends would reflect on them if seen by a prospective employer.

Our results do not suggest that there has been fundamental change in perceptions of privacy or the boundaries between work and non-work lives. But it is clear that something has changed.

In the workplace, as elsewhere, the impact of social media is being negotiated as people work through how to use it.

In part, this reflects the inevitable lag between technological development and accepted norms around its use; ethics and law always trail behind.

We are finding our way with social media, just as we have done in the past. When the telephone was first introduced to households in America in the late 19th century, people needed instructions posted nearby on how to use it. By the early 20th century the telephone was heralded as both a revolutionary new way of building community and the mechanism that would destroy it. Of course it did neither.

If this sounds familiar, it is because discussions about the impact of technology on work often gravitate to extremes. The utopian view is typically that new technologies will free workers from boring and repetitive work, enhance skill levels and increase participation in decision making. A more dystopian view is that technological change will intensify work, degrade skills and undermine employee freedom. Beyond the world of work, a similar split typically emerges, with the internet being seen as either ushering in a new era of democratic participation, individual empowerment and ground-up activism, or the kind of authoritarian surveillance society George Orwell depicted in 1984.

Our research reinforces the fact that technological change rarely, if ever, follows a single pre-determined trajectory. Instead it unfolds in complex and unpredictable ways.
Rather than fundamentally changing the employment relationship, social media highlights long-standing tensions that are being played out on different platforms, albeit now in a much more public way.

Bill Harley is an Associate Dean (Global Engagement) at the Faculty of Business and Economics, University of Melbourne and specialises in human resource management.