The disruptive force of technology will only intensify. Harness it before your customers find a better experience elsewhere.

Technology has become a constant driver of change in every industry around the globe, with incumbent organisations often lobbying to prevent such disruption from loosening their grip on their industry. Take, for example, Uber, an application that pairs professional drivers with passengers who need a ride, through the use of a smartphone. This disruption was the result of applying current technology to an industry that had been running with little innovation or modernisation for centuries, to provide a more seamless, intuitive experience for consumers.

In Melbourne, taxi drivers have gone on strike and attempted to lobby the state government to ban Uber from operating in Victoria. This is a familiar story for Uber, which has had to overcome similar battles in countless locations, including New York City, where I now live.

Unfortunately for many of the dominant incumbent industry leaders, consumers are speaking with their e-wallets, through their smart phones, at whatever time is convenient for them.

Traditional ways of engaging people have changed, and as more users adopt technology, we will continue to see more and more demand for technical solutions to real-world problems.

As the Chief Operating Officer for Namecheap, the world’s fastest-growing domain registrar, I have witnessed this movement first hand through our customers – they ideate, define and build small businesses, then dream of success that disrupts industries and creates a better experience for their users.

Since graduating with a Master of Applied Commerce from the University of Melbourne, I have forged a career that has spanned a number of industries, with one common thread at the core – technology and its effect on consumers’ constantly evolving behaviours. 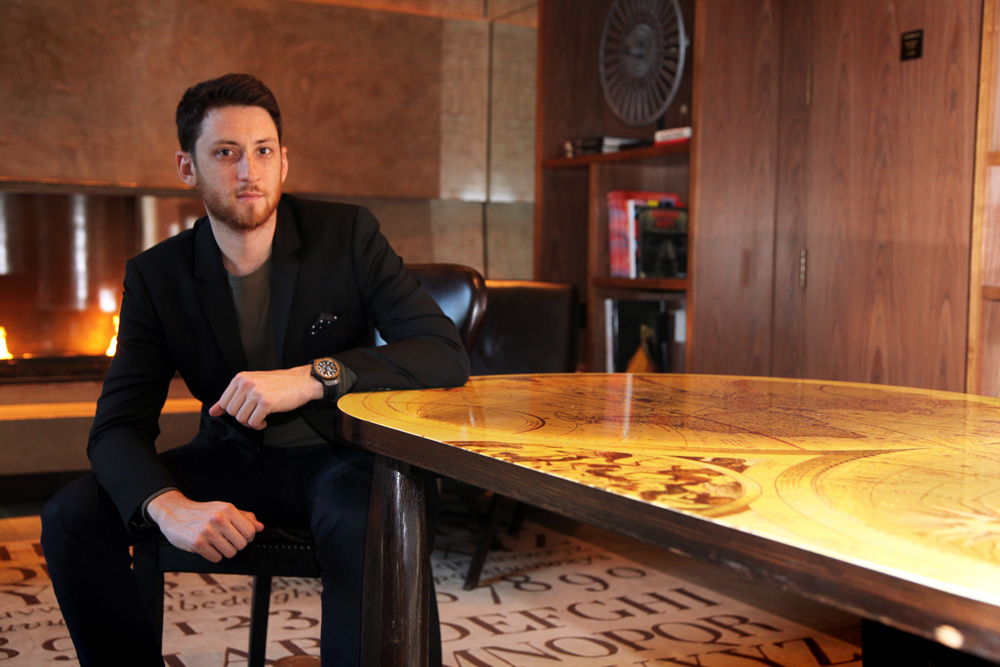 While at one of Australia’s big banks, I focused on building a more intuitive and seamless user experience for customers by redesigning the bank’s website, pioneered mobile banking with the launch of the first financial services iPad application in Australia, and led the charge to establish its presence on social media channels. As part of the digital team, I focused on how technology could better enable the experience a bank can provide its customers.

Social media, such as Facebook and Twitter, act as distribution, communication and support channels all in one. In order for an organisation to support real-time interaction with customers, it’s crucial to understand the psyche of the users on the platform, and to reorganise the way the business operates. The bank’s forward thinking and willingness to embrace technology’s impact for consumers is needed if an organisation is to grow and continue to be relevant for today’s consumers.

Non-profit organisations are not immune from the disruptive effects of technology, as it changes the way donors engage with causes. In lieu of a seamless and intuitive way for people to identify causes relevant to them and donate on their terms, non-profits are left to battle the rise of “slactivism”, whereby potential donors achieve a sense of altruism by liking, commenting or sharing information about a cause through social channels.

While awareness is important for non-profit organisations, it doesn’t fund medical research, reduce domestic abuse or provide fresh drinking water to third-world communities. Inspired to contribute to the wider community, I left the bank to launch Budge, a social gaming platform to engage Millennials to donate to charity through mobile and social channels. Our goal: build an agnostic platform that allows organisations that are changing the world to focus on what they do best, while Budge enables the digital generation to contribute in a way that resonates with more meaning than traditional methods of fundraising. I strongly believe that positive disruption can enable non-profits to thrive, rather than creating a barrier, as is being observed in more competitive environments.

At Namecheap, we are active in donating and raising awareness for everybody’s right to freedom of speech online. We believe that this freedom allows people to create ideas and build platforms that connect people, simplify industries, and disrupt the antiquated, slow and fragmented experience that so many large corporations are struggling to improve.

New business is about the consumer experience, allowing them to take things into their own hands, and it focuses on empowering people to get more done, in less time.

Technology has become agnostic toward industry and is here to stay. Irrespective of whether new application of technology comes from a large corporation or a new startup, a University of Melbourne student or a self-taught entrepreneur, any individual or organisation that can effectively build an experience that solves a problem and disrupts the status quo, can build the next Uber.

Hillan Klein is Chief Operating Officer at Namecheap and recipient of the 2016 Alumni of Distinction Rising Star Award. He graduated with a Master of Applied Commerce from the University of Melbourne in 2008.