Larisa commenced her career as a Chartered Accountant in 1994 with Grant Thornton and became a partner in 2003. In 2007 she joined KPMG and continued her focus on providing specialist accounting, taxation and advisory services to private businesses, family businesses, subsidiaries of foreign companies and high net worth families. Larisa's areas of expertise include commercial / business strategy,  business restructuring, international expansion, succession planning, development and implementation of outsourcing models and leading human resources functions.   Early in 2015 Larisa joined Woods Bagot as Global Chief Operating Officer. Woods Bagot is a leading architectural and design firm with 14 offices across Australia, Asia, Middle East, Europe and North America.

Larisa was previously on the Professional Advisors Committee for Australian Communities Foundation and the Business Development Committee for Zoos Victoria.

Joyce is a senior executive with a passion for business transformation, particularly leading companies through a growth strategy. As a qualified lawyer and a former consulting actuary, Joyce brings a diverse range of commercial leadership experience, incisive decision-making and effective communication skills. She is known for her creative thinking and open leadership style.

In early 2016, Joyce relocated to Asia to join FWD Group, a fast growing insurer offering life & health insurance, employee benefits, and general insurance. As Group Vice-President Distribution Strategy, Joyce is focused on the development and execution of a regional omni-channel distribution model spanning across FWD’s seven markets including Hong Kong & Macau, Thailand, Singapore, the Philippines, Indonesia and Vietnam, that delivers its vision of changing the way people feel about insurance.

Prior to FWD, Joyce was the Chief Officer - Health Business at Sovereign Insurance, the insurance arm of Commonwealth Bank of Australia in New Zealand and the country’s largest life insurer. A member of the Executive Leadership Team, Joyce was accountable for the end-to-end management and performance of the Health Insurance Business. In recognition of her leadership in successfully establishing a new business unit and executing a strategy which resulted in substantial sales and profit uplift, Joyce was a finalist in both the Australian Financial Review’s Young Executive of the Year 2015 and the CEO Magazine’s Australian Financial Services Executive of the Year 2015. 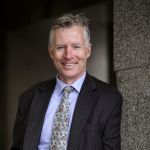 Simon's 30 year career in investment banking/stockbroking spanned equities research, equity capital markets, mergers and acquisitions, relationship management/business development, corporate broking/access, investor relations & communications and private banking. Simon is an expert in the financial services sector and has direct, research and advisory experience of numerous other industries, particularly agribusiness, superannuation/investments and infrastructure. Currently Simon is Interim CEO of a horticulture peak body. He has consulted to a start-up and with career consultants Audrey Page and Associates.

Simon has a BCom, a Graduate Diploma in Applied Finance, is FCPA, and Graduate of the AICD Company Directors & Risk courses. He has ten years' experience on boards and sub-committees. Currently, Simon is Interim CEO, Board and Audit Committee member of Public company Ausveg, Prequalified Audit and Risk Committee Independent Member NSW Government, Independent Member Audit Risk and Compliance Board Committee Australian Dairy Farmers, Board member and past Treasurer Road Trauma Support Services, Advisory Board member Tasmanian Government Department of Treasury and Finance Registered Director member Victorian Command Salvation Army, and of others.

Aditya Chibber is an Executive at Grant Samuel Corporate Finance. Aditya has previously worked at PwC and Goldman Sachs. He also serves on the Young Alumni Sub-committee for the Faculty of Business and Economics and is a Faculty Mentor for final year students.

Alison Conn has been a Strategy Principal at Seek since June 2016. She is a former  Principal at The Boston Consulting Group (BCG), a global management consulting firm and the world's leading advisor on business strategy. Alison originally joined BCG's Melbourne office but spent 5 years in their New York City office, returning in 2011. During her time at BCG, she has helped clients across industries (e.g., consumer, financial services) as well as functions (e.g., strategy, change management). She has also worked in the strategy teams of Visy Industries and Diageo North America.

Alison holds a Bachelor of Commerce (Accounting and Finance) and a Bachelor of Arts (Criminology) from the University of Melbourne. In addition, she holds a Master of Business Administration (Honours) from The Wharton School at the University of Pennsylvania, where she majored in Multinational Management. During her time at The Wharton School, Alison worked as a Finance tutor, was president of the consulting club and a member of several professional and personal clubs. 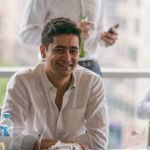 Roshan Ghadamian is the founder of The Baby Club, an online baby products brand established in 2016.
Rosh graduated with a Bachelor of Commerce in 2006, specialising in Marketing Management and Finance. Since then he has led a varied career starting in finance before working internationally with the APEC Business Advisory Council which provided insight into developing business environments from emerging economies such as Russia and Peru to more developed nations like Singapore and New Zealand.
During this time Rosh also completed a Graduate Diploma in Property Valuation at the University of Melbourne before founding his first startup Rozibaby. Since then Rosh has completed a Masters of Entrepreneurship at the Wade Institute  on the Corrs Chambers Westgarth scholarship and has since founded The Baby Club.
Rosh is passionate about entrepreneurship, the role of education for catalysing broad and effective solutions for business, society and government. He is an Ormond College alumni and an avid North Melbourne Football Club supporter

Dr Amina is currently a senior lecturer at the Arshad Ayub Graduate Business School, Universiti Teknologi MARA in Malaysia. She teaches Managerial Accounting, Strategic Management and Human Resource Management in the MBA program. Her key contributions to the faculty include her applied research supervision and her consulting projects, events, coordination of industry-academic strategic collaborations, customised programs and international partnerships.

With a career spanning over 21 years, she has experience in both industry and academia. Amina joined Arab Malaysian Corporation, KL in Internal Audit after which she spent a year in an SME in Finance.  In 1998, her MBA degree from Ohio University USA led Amina into her career in academia with Asia Pacific Institute of Technology KL. During that period, Amina also acquired a license in Unit Trust Consulting. In 2002, Amina joined Universiti Teknologi MARA Malaysia as an academic and she has been a part of this largest public Malaysian university till today.

Catherine is a Senior Associate at Macquarie Bank in Sydney. Her specialisation is in Customer Experience, with a strong digital focus. She is part of the Gender Equality Committee, and volunteer with the Macquarie Group Foundation. Prior to Macquarie, Catherine interned at IBM in their consulting arm. She is a Director of the GWS Giants, and also sits on their Women’s Advisory Committee.

Cassandra is a Graduate Analyst at Deloitte and is eager to maintain her connection to the Faculty as she progresses into the next chapter of her professional life.  During her time at university, Cassandra embraced the various opportunities on offer, including representing the Faculty at the Global Business Case Competition in Seattle, holding the positions of consulting director in the 180 Degrees Consulting Association, and assisting at Faculty events including as a facilitator at the Future Leaders Forum. This, along with her past experience as an accounting tutor in the Faculty, has equipped Cassandra with the knowledge and experience in demonstrating leadership, working cohesively as part of a team, and developing strategies and activities to engage various stakeholders.

Commencing his career with Deloitte, Chris gained a professional foundation in audit, accounting, tax and business advisory. He pursued his interest in corporate finance and advisory at Maracorp, until its acquisition by Bank of Melbourne. Chris spent 5 years in commercial property development and investment finance. He then returned to investment banking at Hambros where he developed his skills and passion for the Food, Beverage & Agribusiness ("FBA") sector.

This led in 1996 to Chris joining ANZ to commence the FBA industry specialisation model in Melbourne.  The success of the model led to national, Trans Tasman and Asian roles.

Chris holds a Bachelor of Commerce from the University of Melbourne, a Diploma in Financial Planning and is a Chartered Accountant. 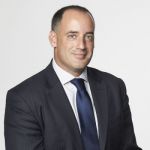 Matthew Schofield is a Chartered Accountant and since December 2009 has been a Partner of ShineWing Australia, the Australian branch of China's largest Indigenous Accounting Firm, ShineWing. Matt is an ASIC Registered Company Auditor and has previously been the Auditor of the Australian Red Cross Society and ANZ Trustees Common Funds and Charitable Foundations. With the experience of 19 years in the Professional Services sector, Matt has previously been an Audit Partner at BDO and Deloitte.

In his role as a registered company auditor, Matt has extensive experience in the audit of small and mid cap ASX listed Companies, and large Chinese enterprises and their Australian based subsidiaries.
In his spare time Matthew engages in Chinese Studies at the Confucious Institute, and is a keen follower of the Melbourne University Cricket Club having been a past player, and Director of Cricket at Melbourne University.

Dr Jessie Wong is Director of Public Policy and Regulatory Affairs in KPMG's China Quality Control and Risk Management Area.  After graduating from her commerce degree at Melbourne, Jessie entered the auditing profession through a position with the AAASB. From there she was Policy Adviser, Auditing and Assurance at CPA Australia, followed by a relocation to New York to take up a position with the International Federation of Accountants (IFAC)'s International Auditing and Assurance Standards Board for Accountants (IESBA). She then moved to KPMG in China, during which time she completed her PhD.

Her current role with KPMG China functions as part of the firm's quality control and risk management infrastructure. Principally, she is involved in facilitating the firm's liaison and interaction with regulators and standard-setters in China and internationally.

Jessie was the winner of the 2012 Australian Education International Young Australia China Alumni of the Year Award, and as of 2014 is the head of the University of Melbourne's Beijing Alumni Association.

Matthew joined Flagstaff Partners in 2018 and has 17 years of experience in investment banking. Prior to joining Flagstaff Partners, Matthew worked with J.P. Morgan for 14 years, initially in Melbourne covering industrial clients and then in Sydney, leading the firm’s coverage of private equity, healthcare and TMT clients. Matthew commenced his career with Macquarie Bank’s Investment Banking Group in Melbourne.

In addition to his role on the Alumni Council, Matthew is a former Executive-in-Residence and current Honorary Fellow of the Department of Finance within the Faculty.